Our Poker Guide brings you the history, basics and poker hands.

The history of Poker is thought to have evolved over more than ten centuries from various games, all involving the basic principals of ranked card or domino combinations and the use of ‘bluffing’ to deceive opponents.

One popular belief is that a game similar to poker was first invented by the Chinese sometime before 969 A.D, when The Emperor Mu-tsung is reported to have played “domino cards” with his wife on new years eve.

It is also written, Egyptians in the 12th & 13th centuries were known to have used a particular form of playing cards, and in 16th century Persia “Ganjifa” or “Treasure Cards” were used for most betting games. A Ganjifa deck consisted of 96 designed cards, made from paper thin slices of ivory or precious wood. The Persians played a game called “As Nas” which utilized 25 cards, where rounds of betting are arranged in order of rank.

In 1834, Jonathan H. Green made one of the earliest written references to poker as the “cheating game,” which was being played on Mississippi riverboats. The Cheating Game quickly began to replace the popular card game of 3-card monte on the gambling circuit. Gamers embraced the new game as it was perceived as a more challenging gamble than the notoriously rigged 3-card game.

During the Wild West period of history, all saloons had Poker tables in just about every town from coast to coast. Extremely popular during the Civil War, the soldiers of both armies played this game.

In 1970 the first Poker Tournament; “The World Series of Poker” (WSOP) was organized in Las Vegas. This tournament has grown ever since and is today the most prestigious poker event in the world. The prize pot of the “WSOP” 2010 was $187,000,000 and 72,966 players from 117 different countries participated and tried to win the golden bracelets.

In the seventies books containing poker strategy were published like “The Theory of Poker” by David Sklansky. The first real money online poker room, Planet Poker, was launched in 1998 and today you can find more than 50,000 cash players per day at the biggest poker site PokerStars. The latest development in poker is the introduction of poker software for your handheld devices. Switch Poker is offering cash poker on iPhone, so you can play whenever and wherever you are. Poker has really come a long way from the Chinese Emperor Mu-tsung to your own mobile device.

The Basics To Playing Online Poker 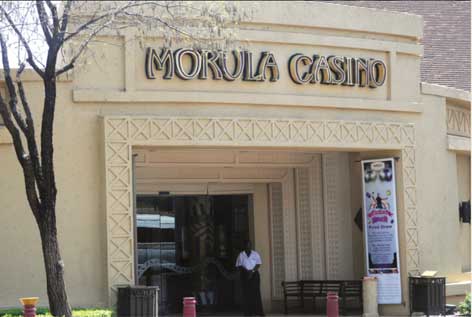 The Morula Sun Casino and Hotel offers you 73 luxury rooms that all have the most magnificent view of the the Morula’s very [...]